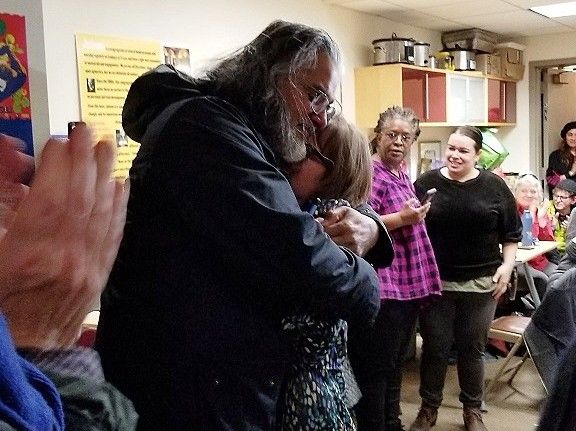 END_OF_DOCUMENT_TOKEN_TO_BE_REPLACED

One year ago, on January 11, 2018, Ravi Ragbir was unlawfully detained by U.S. Immigration and Customs Enforcement in retaliation for speaking out against our unjust immigration system. Since then, Ravi and his supporters have continued to stand up against the current administration’s escalating attacks against immigrant communities.

At a vigil and “Jericho Walk” demonstration around the Varick Street Immigration Court on Friday night, local activists and families facing deportation will pay tribute to all those who have suffered at the hands of our immigration enforcement system in the past year, including fellow New Sanctuary Coalition c-founder, Jean Montrevil.

What: Vigil and Jericho Walk (silent procession) around the ICE facility

Visuals: Supporters with posters and candles outside immigration court building

Adapted from a media advisory from the Center for Human Rights: University of Washington:

Prompted by efforts from immigrant rights leader Maru Mora Villalpando, the Inter-American Commission on Human Rights (IACHR) met in Washington, D.C. on December 5th to dialogue with the Government of the United States of America about the Situation of Human Rights Defenders of Migrants in the country. Prominent immigrants’ defenders from throughout the country, targeted by the Trump Administration for their human rights work, testifed before the Commission. The IACHR will hold its 170th Period of Sessions from December 3 to 7, 2018, in its headquarters in Washington, D.C., United States of America.

The University of Washington’s (UW) International Human Rights Clinic (IHRC) and Center for Human Rights (CHR) in collaboration with the North West Detention Center Resistance (NWDCR), New York University (NYU) Immigration Clinic, and Migrant Justice supported the leaders sharing their experiences and the impact of the infringement of freedom of speech on their work, their families and their communities. The organizations also presented the UW Center for Human Rights Report “Secret Police: Access to information about immigration enforcement in the contemporary United States”. After the hearing the groups will hold a press conference to update the public and press.

The hearing came after the United Nations and the Inter-American Commission expressed concern about the United States actions against immigrant leaders, calling the government to adopt measures to ensure an environment in which human rights defenders can work freely, without threat of retaliation.

The Inter-American Commission is and independent body of the Organization of American States, and has the mandate to promote respect for and to defend human rights in the region.

Access to the broadcast of the hearing can be found here. For in person coverage, find more info here.

On November 1, 2018,  the U.S. Court of Appeals for the Second Circuit granted Ravi Ragbir a stay of removal days after hearing oral argument in Ragbir v. Homan, a First Amendment challenge to retaliation by U.S. Immigration and Customs Enforcement (ICE) against immigrant rights activists. The court has not yet issued a ruling on the First Amendment claim. The stay ensures that Mr. Ragbir will not be deported while the case is pending.

In February 2018, Mr. Ragbir, joined by New Sanctuary Coalition, CASA, Detention Watch Network, National Immigration Project of the National Lawyers Guild, and New York Immigration Coalition, sued ICE, arguing that ICE’s actions against Mr. Ragbir and other immigrant activists violated the First Amendment. In May 2018, after a federal court denied the plaintiffs’ request for preliminary protections pending the First Amendment litigation for Mr. Ragbir, the plaintiffs appealed to the Second Circuit and sought a stay while  appeal is pending. The Second Circuit granted a stay on November 1, 2018.

See more video from the Teach In on our Youtube channel. 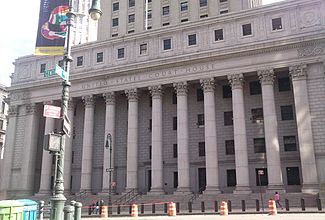 Photos of the delegation that accompaniee Ravi for his check in with ICE. He was not detained but must report back on July 23. #IstandwithRavi #youcantdeportamovement 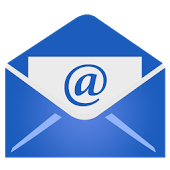